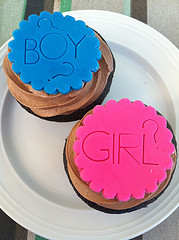 Despite the annoying pop-over ads, I used to like The Good Men Project. It seemed to be a site for guys, mostly by guys, about not being horrible in the ways society tries to teach us to be. I mean, they had Amanda Marcotte write about MRAs, and that’s always good stuff. Then something happened. There’s still some good content there, sure, but it’s been infected by creepiness. You have articles about how stupid women don’t date Nice Guys because they’re brainwashed by rom-coms, creepy patriarchal pieces about sex trafficking where “your daughter” is equated with a drug, ridiculous straw-man replies to a woman who talks about rape culture, a decidedly mixed bag of whining and actually good stuff under the “presumption of guilt” tag, and then the infamous piece by a founder about how girls are just different from men and should stop being such nagging bitches. (I paraphrase.) So, what happened What’s going on and why are they acting like jerks? Short answer: No one is perfect, and patriarchy messes with all of us.

Here’s the deal: Patriarchy isn’t just about controlling women. In large part, yes, that’s what it’s about, but it’s also about defining a very narrow idea of what a “real man” is. Our culture is saturated in patriarchal ideas. No one escapes it and even the best of us need to watch out for what we have unconsciously internalized. Sometimes it’s obvious, like when I am horrified to find myself surprised that a female screenwriter’s partner is another woman. (Where the fuck did that come from and how can I get it out of my head right the fuck now?) Sometimes it’s subtler things like “men are like this, and women are like that.”

That false duality of male/female is a trap. If you’re the kind of person who is reading this for reasons other than trolling I’m sure you know, rationally, that saying something is male vs female is ridiculous. We’re better than that. We all think that “girly” LEGOs are stupid, but how many of us think about things like “women like clothes and men like sports*”? That sort of thing is happening over at TGMP. Many of the writers, and at least one of the founders, are blind to their internalized ideas of what men and women are like.

When you have a this-or-that paradigm you inevitably end up with some sense of an adversarial relationship between the two groups. If you are married so strongly to the idea that you have men and you have women and they they are somehow importantly different, you’re creating a conflict. You are laying the foundation for the woman-as-emasculating-nag stereotype and the man-as-insensitive-buffoon role. (Lets not even get started on trans issues. The comparative paucity of TGMP articles on their “transgender” tag is a problem, and is telling.)

Here at MTM we are recognizing the gender role we find ourselves in and the privilege it gives us in society, but we want to make it clear that these are issues that are human. They are not male/female, black/white, gay/straight, able-bodied/disabled or trans/cis. We’re subverting our privilege by using the extra attention it gives us to try and wake people up the the problems of privilege. And today I am using it to talk about the problem of false categories.

In retrospect it seems obvious that TGMP has been obsessed with masculinity from the start. They are trying to redefine it, and that’s a step in the right direction to be sure, but they are still obsessed with retaining it. They hold masculinity close to them like a magical talisman and that means femininity (or anything non-masculine) is the Other.

Why don’t we all try and cut that shit out?