[A slightly different version of this piece was posted on Sasha’s personal site. It is being reposted for this new audience.] 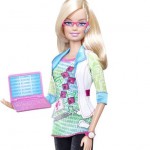 Still with me? Good. Now there are some things I want to point out that some of my fellow guys seem to be missing.

Okay, now here are some practical tips and things to keep in mind so that you can make women feel less skeeved out, insulted, or threatened when in your company.

Just in case you’re a dude who has been put off because I seem to be too strident and hectoring, I’d like to share a bit about my own background. I was raised in the Mormon church. Amongst many fucked up things about Mormonism is the disgusting and overt misogyny in the church. I revised my previously held beliefs about men and women along with my beliefs about a deity. If I can do that, using reason, compassion, and humility, I have faith in my fellow men that most of you can too.