[This article was originally posted on the author’s blog.] 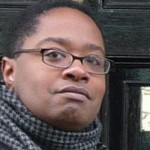 “A three-judge federal appeals panel ruled Friday that the state of Texas can move ahead with enforcement of a law requiring doctors to provide a sonogram to pregnant women before they get an abortion."

“As written, the law would require women seeking an abortion in Texas to view a picture of the embryo or fetus and hear a description of its development before having the procedure."

This is horrific. The most benign interpretation of the law is that it infantilizes women, who it deems too stupid to realize what a fetus has the potential to become. “Oh, wait, it’s like a future version of me conceived through the fertilization of an egg by sperm — to be exact, a developing mammal after the embryonic stage but before birth? See, I thought it was one of those chestburster things from Alien. My friend Mabel has seen all the movies. She’s real excited about the prequel that’s coming out. Anyway, she told me that I’d want to get that taken care of but now that I see this picture and everything. Well, thanks for straightening me out. Do you validate parking, by the way?”

However, the comments from judges who have ruled on the case only reinforce that the law is intended as federally mandated coercion intended to prevent women from having an abortion.

A U.S. Supreme Court ruling in a Pennsylvania case “held that the fact that such truthful, accurate information may cause a woman to choose not to abort her pregnancy only reinforces its relevance to an informed decision,” U.S. Circuit Judge Patrick Higginbotham wrote in a concurring opinion. “Insisting that a doctor give this information in his traditional role of securing informed consent is permissible.”

I admit I’m impressed that a man with the name “Higginbotham” was able to overcome childhood bullying and ostracization and rise to the rank of U.S. Circuit judge, but I disagree wholly with his thinking here. “Informed consent” should relate to the woman’s health and include relevant information about any short or long-term effects (e.g. if the procedure could possibly result in sterilization and so on).

Pro-life advocates often claim that since a doctor will advise you of other alternatives to surgery, it’s appropriate for them to do the same regarding abortion. However, adoption is not a medical procedure, and once a woman is pregnant, that’s the only other option aside from keeping the child herself. Once she’s actually gone to the doctor, it should be accepted that she’s made the very difficult decision to terminate the pregnancy. If she wanted help with such a personal decision, she would reach out to friends and family. Her doctor isn’t her rabbi. He’s a physician.

Higginbotham demonstrates a lack of basic compassion that justifies his being born with the name “Higginbotham.” Yes, forcing a pregnant woman to “view a picture of the embryo or fetus and hear a description of its development before having the procedure” is not merely annoying and might cause her to be late for her hair appointment. It is actually incredibly painful and difficult for her. That fact does not justify doing it. Quite the opposite. And even if it’s occasionally effective and some women choose not to go through with the abortion, the law makes no provision for the associated costs of carrying the pregnancy to term or caring for the child once its born. You see, the people close to a woman who provide counsel and input would also be there to help her once she decides to go through with the pregnancy. This a serious decision that the government is sticking its nose into with the apparently clueless belief that it’s all just a minor inconvenience for a pregnant woman:

“Oh, la di dah, I guess I won’t buy that Coach bag and instead devote the next nine months to successfully bringing this pregnancy to term. No biggie. If I’m not able to raise the child myself, I will give it up for adoption at one of those Imaginary Republican Orphanages (as seen on TV) that will find a home for the child regardless of its health or race. Of course, that won’t be traumatic for me at all because I am just a child-growing machine and wouldn’t possibly become connected to my unborn child over the next nine months. And, really, can I please get an answer about the parking validation?”

If the government believes this type of psychological torture is appropriate in order to prevent people from doing things that are otherwise legal, I would propose a similar law requiring potential gun owners to watch news reports of children who died because of guns in the home.

Texas governor Rick Perry praised the new law, saying, “We will continue to fight any attempt to limit our state’s laws that value and protect the unborn.”

Too bad the effort to “value and protect” them ends once they’re born — especially if they’re women.