[NOTE: This was originally published in July 2011.] 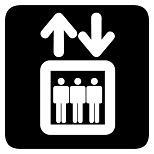 First, some background It seems the whole thing got started when Rebecca Watson of Skepchick wrote about an encounter she had with a man in an elevator in Dublin. Long story short: the guy propositioned her, and she said no; she also felt somewhat cornered seeing as how she was stuck, alone, in a metal cage with the guy. Apparently, there were a number of people who thought she handled the situation poorly (especially by blogging about it and noting the inappropriate behavior on the part of the man in question).

Further, PZ Myers of Pharyngula – whom I also hung out with at Skepchicon/Convergence 2011 – has chimed in with his thoughts on the matter in a well-written series of blog posts:

The Decent Human Beings’ Guide to Getting Laid at Atheist Conferences (**If you read no other links, read this one!)

Oh, no, not again once more unto the breach

I want to spend the remainder of this post just expressing my thoughts on this whole subject. First of all, ask I stated earlier, I just got done spending four days with the Skepchicks at Skepchicon, where I was in the minority in terms of formal presentations – on every single panel I participated in, I was the only man. I have no problem with that, because – as I stated in an earlier post about diversity in skepticism - it allowed me to get a sense of what it is like to be in the minority and to see the various issues from a female perspective.

In addition, I spent a good deal of time with the Skepchicks in a social sense; I even shared a room with a couple of them for the conference. During that time, I heard them open up about a lot of things that concern them as women, including the reaction from some men regarding this whole backlash against Rebecca Watson. And that brings me to my next point

In general, men are much larger and stronger than women, and this – combined with our built-in drive to have sex as much as possible – goes a long way towards explaining why it is that women react the way they do, especially when a guy is being a douchebag. Think about it from a woman’s perspective, such as in the case of Rebecca in that elevator with the creeper: you are alone, you are smaller, you are weaker, there are no avenues of escape, and there’s this bigger, stronger, and clearly horny guy who wants to do you. Now the creeper did take “no” for an answer and backed off, but the mere fact that he set up such a situation in the first place is enough to put a woman off. In a very real sense, the woman in this scenario is likely to feel more like prey than anything else, and that’s not a good feeling.

Unfortunately, most men don’t have this experience because we are usually the “hunters”, but perhaps I can provide some perspective on this for my fellow hetero males. Years ago, when I was in college, I went to a party with my brother where pretty much everyone was a gay man, except my brother and me. The word had gone out that we were straight, so all the other guys knew we were off limits sexually and just there to hang out with our friends. However, one fellow came to the party late and hadn’t gotten the message, and he apparently took a fancy to me. Now, I know how to take care of myself, but this guy was bigger than me and very clearly interested in me – the fact that he was hopelessly drunk didn’t make things better. All he did was leer at me from across the room all night, much in the same manner in which a drunken heterosexual man will leer at a woman, but it made me feel very uncomfortable. I later relayed the experience to some female friends of mine, and their reaction was universal: that’s exactly what it feels like to be a woman!

Get the point, gents?

Allow me to relay another story about something which happened at the Skepchick party this weekend at Skepchicon/Convergence to emphasize my point even more. I won’t go into much detail given the sensitive nature of the event, but it is worth mentioning, I think. During the Skepchick party on Friday night, a guy came to the party and went around the end of the bar where drinks were being served and grabbed, bodily and quite aggressively, one of the women serving the booze – and she most certainly did NOT wish to be grabbed and groped. Fortunately, me and one other person were keeping an eye on things and we immediately defused the situation by escorting the douchebag out of our party; we even went so far as to get him completely ejected from Convergence for his excessive douchebaggery.

My point is that we were in a situation where there were plenty of people around, the woman in question was not a small woman (she was, in fact, larger than her assailant), the situation was quickly and efficiently handled, and even then she was still rather disturbed and shaken up by the whole thing. I’m certain it’s not something she will forget quickly or easily. Not only that, but a lot of the other women at the party were pretty upset about it. It put a real bummer on the entire evening, and I saw – once again – how it is that women can so easily feel threatened by guys who act like douchebags.

In conclusion, I want to try sending a clear message to my fellow men: women don’t dig douchebags. It’s okay to be a guy, it’s okay to be attracted to women at conferences, it’s okay to flirt with them and even proposition them – provided they are interested as well. It is NOT okay to be a dick about any of the above behavior. Such behavior will quickly and justly earn you the title of douchebag.

So, a sensitive and thinking guy might ask, how do I go about behaving in an appropriate manner on these questions? Here’s a simple solution: try talking to the women you know in your life and asking them. And then – surprise – take their advice! Think with the heads on your shoulders, instead of the ones beneath your pants, a little more and you may be surprised at how much progress you can make in your relationships with women.