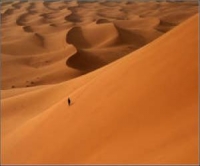 A lot of guys, and all Nice Guys, like to talk about the Friendzone, which is a desolate wasteland of no-sex that men are cast into by callous women who don’t want to fuck them. It works like this: Dude likes a lady. I mean he REALLY likes her. She likes him, but she doesn’t LIKE like him. He is banished to the Friendzone and his penis is dry forever after. What’s worse, she keeps being friends with the guy who she has betrayed (by not sucking his dick) and has the audacity to date and copulate with OTHER DUDES who are obviously inferior to our hero.

Okay, now you know how horrible the Friendzone is and how messed up it is that any woman would EVER do that to a Nice Guy. I’m done here, right?

Actually, no, I’m not. The Friendzone is basically a myth and being friends with women is pretty awesome even when you don’t stick your penis inside them. Here’s why.

NICE GUYS AREN’T AS NICE AS THEY CLAIM

Many, if not most, dudes who complain about how Nice Guys always end up in the Friendzone are seething with resentment. They feel like treating a woman well entitles them to tapping that ass. They get angry because they fall for a woman who doesn’t feel the same way about them. If a woman pursues a guy after it’s clear he doesn’t feel the same way she’s mocked. If a guy does it he’s a poor, maligned Nice Guy who that mean bitch won’t date. Think about that double standard. Don’t participate in it and don’t perpetuate it. WOMEN AREN’T PSYCHIC

& Many guys who complain about the Friendzone spend a lot of time waiting for a woman to realize that her friend is TOTALLY the dude she wants to be boning. If you don’t even ask her out, how the fuck is she supposed to know you have those feelings for her? Also? Complaining about being in the Friendzone doesn’t count. It also makes you sound like a whiny little baby. (Yes, that IS ageist of me.) WOMEN MAKE GREAT FRIENDS

And there are a lot of things you get out of being friends with a woman you aren’t sleeping with that you don’t get from the men you don’t sleep with or the women you don’t sleep with. Example: Women are often less hung up by sexist expectations and can give you good advice on how to get laid with other ladies. Also? When you have women as friends (real friends, not waiting-around-to-hopefully-get-fucked friends) that sends a clear signal to women that THIS GUY HAS HEALTHY RELATIONSHIPS WITH WOMEN. You know what gets a lot of women horny? Guys who have healthy relationships with women. Chicks totally love that shit. WE’RE ALL PICKY ABOUT WHO WE FUCK

Here’s the deal: You don’t want to sleep with every woman you get along with. I know I don’t. See my handy Venn diagram to the right. As you can see, there are a lot more people I am only interested in friendship with than there are people I want to put my penis inside. You probably have a very similar ratio, most men do. Most women are the same way because, as recent studies have shown, women are also people(!!!), so we can expect similarities to happen about human behavior stuff like this.

When you just want to be friends with someone, that doesn’t always mean there’s a real flaw with them. Maybe there’s just no “spark” that makes you want to tear off your clothes. Sometimes that “spark” thing happens but is one-sided. Oh boy, isn’t that hilarious and awkward? Good thing we’re all adults and can laugh it off and get on with life. IN CONCLUSION

Have a nice weekend, folks.