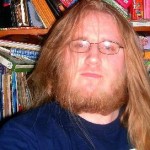 In the last day much has been said about “The Amazing Atheist”, most notably (from my chair) by Jen McCreight, Greg Laden, and PZ Myers. Until this morning I didn’t intend to address it in this space until reading the comment’s on PZ’s piece filled me with such a dark, bleak sense of despair about the state of humanity and the atheist/skeptical community. So, I’d like to start out by stating, very clearly, exactly how I feel about this “Amazing” guy and his defenders.

#The “Amazing Atheist” is a despicable piece of human garbage. I feel the same way about anyone who raises a single word in his defense.

Okay. Was that clear enough for you? I hope so.

Why bother making a post just to make an ad hominem attack against someone? (Because, yes, that was an a_d hominem_. I know that and I did it intentionally because, you see, he is not quite human, but is mostly garbage.) I’m writing this because of how it ties in to another recent controversy, one that Jen McCreight broke and that people have started calling “Cunt-gate.” I call it “being unsurprised by Penn Jillette being who he has always been.” 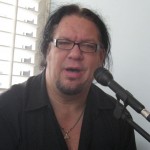 Then, when people this week point out an especially egregious offense, what happens? You get asshole pieces of shit coming out of the woodwork trying to explain why using misogynist slurs against someone you find unfunny is just swell, and desperately grasping for straws to explain why bullying someone who picks on you with rape threats is somehow alright? Please. Just pack your shit up and stop talking to people. The human race deserves better than this. My communities deserve better than this. You deserve better than being an embarrassing parody of humanity.

When people say “There is no problem with sexism in the atheist and skeptical communities” here is your proof. Two people who have been lavished with attention and even praise despite having a history of bad behavior. Then people have the audacity to act shocked, shocked, that someone they have approved of is showing their sexist stripes. That is those people who aren’t defending the sexism and misogyny. There is your pervasive sexism in the atheist and skeptical communities.

Here at More Than Men our goal is to improve things, to spotlight the people working to include others who are different from themselves and to recruit more people to that worthy goal. I’ll get back to that tomorrow. Right now, I’m disgusted, I’m appalled, and I can’t see past my rage and disappointment at these communities I put so much of my time, energy, and passion into.