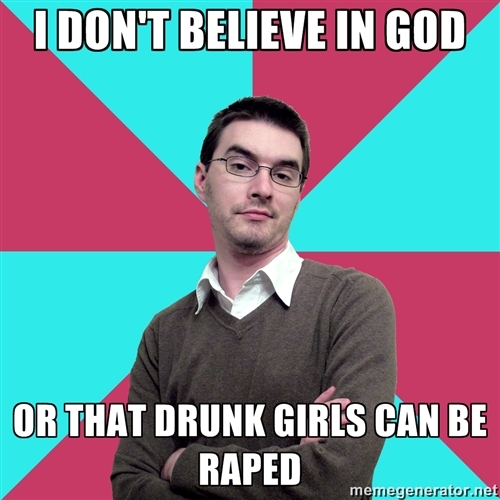 First off, we all have stories about that atheist who is not a critical thinker. My own is a guy who laughed at Christianity because their sole evidence was a book that is a few thousand years old. In the next breath he sang the praises of traditional Chinese herbal medicine, because it’s been practiced for thousands of years. In other words what was laughable as evidence for Christianity was compelling evidence for something that appealed to him. What does this mean? This means that rejecting religion doesn’t mean rejecting bullshit. According to Christopher Bader’s Paranormal America, 42% of the non-religious believe in the mythical Atlantis.

But what about skeptics? We’re dedicated to seeking evidence when evaluating claims, right? Yes, that’s our ideal. But we’re human, we’re flawed, we all succumb to confirmation bias when making decisions. How many “evidence-based” skeptics can you name who are devout Libertarians? They aspire to reason and seeking evidence but dedicate tremendous energy to promoting and adhering to their belief in an economic system that is in many ways laughable and, what’s worse, has absolutely no evidence to support their claims of its beneficial effects on the world. This even leads them to endorse bogus “evidence” for things like DDT and climate change that put them at odds with scientists.

Not believing in god and calling yourself a skeptic don’t give you magical powers of discernment so you are always right, and are completely immune to society’s systems and our own brain’s methods of supporting comfortable fictions. Religion is a tool that society uses for cultural control. We don’t have homophobia, racism, or sexism because of religion and superstition any more than we only have murder because of guns. Firearms and church are very efficient tools used to accomplish things their wielder wants, but they don’t set the agenda. People always set the agenda.

I’ll believe that our communities have gotten rid of cultural biases against minority groups when Neil DeGrasse Tyson is exceptional only because of his communication skills. I’ll believe it when none of my fellow skeptics and atheists calls a woman a slut or a whore to diminish her.