[Today’s guest post is from a teacher who would like us to examine our assumptions about people based on appearance.] 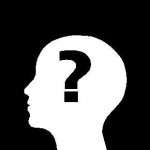 While I agree that history shows that those in charge like to stay in charge, and will do almost anything to stay there (i.e. Gaddafi, Mubarak, Kim Jong-il), it does not suggest this teacher is doing that. It just means that teacher is not a good one. The student assumes that if someone looks like a minority, then they are more likely to be like them and/or help them.

We know there is a flaw in this argument: just because someone looks like you doesn’t mean they are like you. There’s no proof black teachers are going to understand the minorities. Obama’s world-traveling, Harvard-attending life is not the same as all the other black people in America. And black teacher is not automatically better at teaching reading to minorities. Not all people of the same color are alike - I grew up in a neighborhood, where I was the minority, and it made me not like people who looked like me from the different parts of town. They lived in a different world. Mostly still do.

The point: We know just because someone looks like you does not mean they think like you. But you do have this bias naturally.

Look at my name. If you thought Morgan is a male’s name – like Morgan Freeman – you might be assuming I’m male (and reading it in the omniscient voice). If you thought Morgan is a female’s name – like Morgan Fairchild – you might be assuming I’m female. If you look again, you’ll see I have not used one single gender-pronoun in this entire post. And I made no reference to my race, except that you know at some point I was a minority.

Why did I do this? If you think I’m like you, which you would assume because I haven’t said otherwise, you are more likely to respect and consider my opinion and argument. And since I am like you, I am more likely a skeptic (since it is a skeptic blog). I am also more likely male, white, and privileged.

My other point: Just because someone shares something in common (like being a skeptic/atheist/dog lover) does not mean they share all your same ideas. It also means that just because they have a different argument, doesn’t mean they are stupid in all their arguments.

For example: I think that LeBron James should have never left Cleveland, and thus will never live up to the legend of Michael Jordan.

If you don’t agree, that does not mean that I’m an idiot at playing cards, or writing proposals, or curing cancer (still working on it). If I’m a female, it does not automatically mean I know nothing about sports so I have no right to this opinion. If I’m male, it doesn’t mean I’m some kind of meathead who can’t also follow politics.

I am a basketball fan who thinks LeBron James made a mistake leaving Cleveland, because what made Micheal Jordan a legend (besides talent) is the long-lasting love of the city, team and game that created a loyal, enduring fan base.

If I had typed really fast and misspelled a word in my argument, it doesn’t make my argument less valid. You do not win an argument because of a typing error, or grammar mistake. You win it by using logic.

I know we’ve all heard (and I know) of scientists who have faith. Of Christians who believe prayer shouldn’t be in schools. Of white teachers who work diligently to help the minorities. We can’t stereotype and categorize people because of ONE thing.

Thus, when having discussions about differing opinions, there should be no reference to a person’s gender, race, or beliefs. If you are trying to win a logic-based argument, your proof should prove it – not your snarky comments.