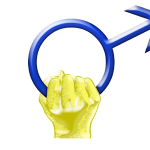 Today is International Women’s Day, which is awesome. If you don’t know much about the history of the day, I encourage you to look in to it. Pretty awesome stuff. But today I’m addressing the inevitable “What about the men??” cries that we always hear. Last month we heard people (like we do every year) ask why there’s no White History Month. (There are 11 of them.) Today some curious people are wondering why isn’t there an International Men’s Day. Well, the short answer is that there is one.

I’m going to draw some conclusions from the relative histories of these two observances.

I guess what I’m trying to say here is, if men’s rights and recognition of men’s unique struggles and contributions to the world are so very important to you it might be best if you actually did something about it. You know, be a woman about it for a change and actually fight for your rights and honor – don’t just whine on the internet.