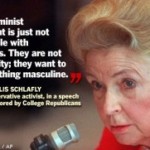 Whenever someone points out that someone, somewhere has said or done something sexist there’s a dude who chimes in with “But not all men are like that…” Then they or someone else gets angry and says that the person pointing out the sexism is a bigot or a misandrist or is making sloppy generalization because, you know, not all men are like that. (We’ll save for another time why so many male atheists think “not all Christians are like that” is silly but stick to their guns on this one.) I get angry too when someone points out sexism. I get angry at the sexists.

Once upon a time I was one of those insecure, defensive dudes who felt like any discussion of men doing something wrong was somehow personal. I always wanted to stand up and say “But I’m not like that!” Sometimes I even did. Then I thought about why I felt so defensive. If I’m not a sexist, why do I get so butt-hurt when someone talks about male sexism? I think it is because I thought I was an innocent bystander and my malenesss excluded me from doing anything but not being sexist. Then I realized how silly that was. In the 1950s and ’60s many white people stood beside people of color and decried racism. They got angry at the injustices they saw and they did something about it.

Since then my policy has been “don’t get defensive, get angry.” I get angry that people are doing shitty things. I get angry that more men don’t get angry at sexism, but get angry as people pointing out sexism. There’s nothing wrong with being angry, especially not an angry feminist. We have a lot to be angry about. When you decide that theists calling you an Angry Atheist completely undermine your argument we’ll listen when you tell us not to be so angry.