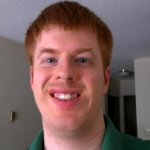 There seem to be a lot of men that enjoy gawking at hot chicks on the street. No matter how old the man is, whether he is married or single, he sees no problem with checking out all the women in sight. We are men after all, and we find women attractive, and have an urge to look at them. So, why not? It’s a powerful urge anyway. It’s almost impossible to resist. So why feel guilty about doing something that is fun, harmless, and that we can’t even help anyway?

I personally believe there is good reason to feel guilty about it. I would like to start with the belief that staring at women is something that can’t be helped. I think that men who make this claim aren’t trying very hard to resist. Some men make it sound like resisting would require clenching his head with both hands, gritting his teeth, trembling through his entire body, and devoting 100% of his willpower to resisting the overwhelming magical spell that women cast on them. I don’t believe it is anywhere near this hard.

I personally will often find my eyes darting over to pretty women, but as soon as I realize that I am looking, I casually remind myself that it is rude to stare at people, and I divert my gaze elsewhere. It’s not a very difficult thing to do. After a little practice at it, I have found that I don’t look very often in the first place. But that still leaves the more basic issue of why men should try to resist at all. I believe that it is a harmful activity. In a feminist utopia where men and women could enjoy equal status and quality of life , it might not be a problem. The gawking would happen in equal numbers both ways. But the gawking that men do toward women does not take place in this utopia. It happens in a context. And in our society, that context is rape-culture.

Women are far more likely to be raped than men. One in six women are victims of rape, which is a high enough chance that women need to seriously worry about it as they go about their lives. With men, the chance is there, but it is small enough that we don’t usually need to worry about it. This is part of male privilege, and we need to be aware of it when we gawk at women.

It makes sense that women would be more sensitive to receiving stares than men would. As a man, I have never been concerned about being gazed at. If it happens at all, I don’t notice it, probably because the staring has never been followed up by a comment about my cute anus, or about what a great whore I’d be. I don’t notice because I know that anyone that stares at me isn’t going home and watching pornography about raping people like me. I know that they’re not imagining raping me. Women don’t have that privilege. For them, being stared at is very uncomfortable. They know when they are being viewed sexually, and it puts them in a difficult position. This is essentially the reason that gawking at women is not a good thing to do.

A writer for the Globe and Mail recently did not understand this, and wrote a very long piece outlining why he thinks it’s perfectly fine to gawk because the sun is shining, and women are a balanced part of a beautiful scenery. The comment section received a huge number of posts that got deleted for being offensive. I think we can all guess at what those comments were.

I found the article and the comments to be filled with obliviousness about male privilege and rape-culture, and I made an attempt to jump into the fray and change their attitude. You might still be able to comment yourself if you register. If not, I’m sure you won’t have to wait too long to find similarly ignorant articles on other websites. Please don’t let things like this go by unchallenged. I got the sense that there were about thirty sexist commenters on the website, and only three feminist ones. We need more.

David Inman is an office worker in Vancouver, Canada. He finished a degree in Commerce a few years ago, but likes to read about science in his spare time, as well as doing some creative writing. He has considered himself to be pro-feminist for about a year.