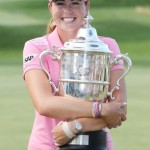 Over on Cracked.com David Wong has a piece titled “5 Ways Modern Men Are Trained to Hate Women” that I though would be useful as a tool to explain the ways that the “But I’m an atheist…” argument doesn’t hold water. Just because you’re a skeptic or and atheist doesn’t mean that you’re not influenced by the society around you. Here are some examples:

If you pay attention you’re going to notice that many of the women who get the most hate from skeptical and atheist anti-feminists when they speak out about women’s issues are younger, and more conventionally attractive. I don’t want to name specific examples because I’m reticent to make their appearance more of an issue than it already it. But basically, when the pretty woman they have a crush on isn’t interested in them or doesn’t agree with them, they get angry.

####4. We’re Trained from Birth to See You as Decoration

The Oakland Rapture RAM in 2011 is just one example of many of women’s appearance being singled out as a contribution to our movements. Then you have the countless dudes trying to insult every feminist woman in our movements by running down their appearance. It’s pretty clear that a woman’s hotness is a huge factor in her value in the minds of many skeptic and atheist men.

####3. We Think You’re Conspiring With Our Boners to Ruin Us

A few months ago I got in a Facebook argument with someone about who is responsible for sexual harassment at conferences. Someone posted something I’d written on the topic and& this was the first comment:

See that? Two likes for victim blaming. Which is what we’re talking about here. Ladies use their sexuality to wreak havoc for men. It’s bullshit, but even skeptic and atheist men believe it.

####2. We Feel Like Manhood Was Stolen from Us at Some Point

For every “stop being so PC” and “feminazi” you see a skeptic or atheist man hurl, what you should be hearing is “Things were better in the old days, when women left us alone.” I don’t think it’s so much the idea that “men want to behave badly and women stop us” as it is that people with social power don’t like to give it up. Caring about the feelings of other people is, basically, giving up power you could hang on to if you were an asshole.

I think that Wong completely lost it here, though the last two points he made were troublesome as well and I’ll get to those in a moment. The truth is men aren’t powerless over our boners. But the item is correct in that many men do feel powerless. When men see a call for diversity in speakers for a panel and talk about how men will be over-looked for a token, they are expressing their worries that change is coming, women are coming, and their privilege is being eroded. They feel powerless and they lash out. It’s also true that a lot of misogynist men buy in to the misandrist fantasy that men are driven by sex and sex alone.

I want to take a moment to talk about how Wong handled those last three points. It’s obvious that he’s trying to point out how misogyny is institutionalized in our culture, and I’m for that 100% – what’s super interesting to me, though is how even a guy trying like hell to be anti-sexist has internalized sexist ideas to such an extent that he uses some of those sexist ideas to make a case against sexism. As I said before, men are not powerless over our sexual urges. You know what else? women have strong, often overwhelming sexual urges, thoughts, and fantasies as well. Human beings, generally speaking, really like sex. We think about it often and it’s a strong motivator. But we’re also, men and women alike, motivated by many other things. “Men built civilization because we want blowjobs” is a ridiculous argument. Civilization was built because we as human beings wanted it. Men get the credit and stand at the foreground in history textbooks because of institutionalized sexism and patriarchy. Just as libertarians like to ignore the benefits they get from governmental services, people who have internalized sexism see a man with impressive accomplishments and don’t think about all the free time he had to invent shit because of women (and other men) in his life that saw to other things for him. Men didn’t build civilization, women and men built it together and men got the credit.

But I digress. My point with this exercise is two-fold: