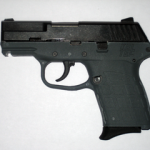 I think by now you’d have to have been living in a rather deep, dark hole to not have heard at least something about the sad case of Trayvon Martin’s death at the hands of George Zimmerman. Rather than rehash a lot of what has been hashed out and speculated upon ad nauseam regarding the case, I would like to speak to what I see as some broader questions.

First, I will say that the purpose of this blog post is not to make an argument for the guilt or innocence of George Zimmerman, nor will I speculate on whether or not Trayvon Martin instigated the encounter, nor will I go into the question of whether or not so-called “stand your ground” laws are a good idea. I feel, given my lack of solid knowledge of specific details of the incident, it would be irresponsible for me to take a public stance one way or the other on any of those questions. If you’re reading this entry looking for an opinion on or answers to those questions, then you might as well stop now.

Which leads me to my first major point I will make in this entry: many people are using this situation, either consciously or unconsciously, as a chance to project their biases on issues of race and diversity against the wider culture. I have observed numerous examples of people reacting one way or the other in print media, online, and over the radio; one thing which seems to be common to the vast majority of these reactions – no matter which side they come from – is that they are reflecting a lot of racial bias.

To a certain extent, this is only natural. That’s because we all relate to the world around us through the lens of our experiences; and I fully acknowledge that my experiences as a middle-class heterosexual white male are very different from those of most women, ethnic minorities, homosexuals, lower-income, and transgender folk. Our experiences shape who we are and how we view the world; and they also shape how we’ll react to a sad, tragic incident such as the shooting of Trayvon Martin. So this goes a long way towards explaining the results of a recent poll on the Martin case, where there is considerable disagreement along racial lines:

_A Gallup/USA Today poll finds that most black Americans (73 percent) think Trayvon Martin’s shooter, George Zimmerman, would have been arrested if Martin had been white. Only 33 percent of non-Hispanic white people said the same thing.

And, unfortunately, because we have a bias in a particular direction in these kinds of racially-charged situations, we often tend to cluster with like-minded people. Oftentimes that means talking about the situation among only those people who are ethnically similar to us; and this, in most cases, only tends to reinforce the bias. I think what is necessary is for us to challenge ourselves – white, black, Hispanic, Asian, etc – to try talking to people from a different background about this situation. Only from talking to each other, rather than about each other, are we ever going to even have a chance at progress.

Sadly, the manner in which this whole situation is playing out in our society reminds me a lot of similar reactions to the infamous beating of Rodney King, as well as the media circus that was the O.J. Simpson trial from the 1990s.

Which brings me to my second point: the role in which the media and various Internet commentators have played in this entire situation has in too many cases been sloppy reporting at best or downright racist garbage at worst. Almost from the very beginning of the story, there have been instances of high-profile screw-ups concerning the facts of the Martin-Zimmerman case. Some examples of shoddy journalism were documented in a rare news story by the media about how badly the media have been handling the story

The Trayvon Martin case has exposed some of the media’s worst tendencies–selective editing, rushing to judgment, stoking anger for ratings and page views–and it’s taken more than fake photos, the incendiary stumbles of Geraldo Rivera and Spike Lee and verbal clashes between Piers Morgan and Toure to shine a light on them.

… 2. NBC told the Washington Post that it has launched an internal investigation of the “Today” show’s editorial process after its morning show aired an edited conversation between George Zimmerman and a 911 dispatcher recorded moments before the shooting. The investigation came after Fox News and others pointed out that the network spliced two parts of the call together, making it appear as if Zimmerman had said, “This guy looks like he’s up to no good. He looks black.” In reality, Zimmerman was answering a dispatcher’s question. …

… 3. In an flailing effort to break news in a month-old shooting, CBS News aired an interview with Richard Kurtz, the funeral director who handled Trayvon Martin’s burial. …

… “There were no physical signs like there had been a scuffle,” Kurtz declared, which the network said proves Zimmerman’s claims of a violent encounter with Martin before the shooting are false. “The hands–I didn’t see any knuckles, bruises or what have you, and that is something we would have covered up if it would have been there. He looked perfectly normal to me when he came in and the story just does not make sense that he was in this type of scuffle or fight in anything that we could see.” …

And then there have been the media commentators who, rather than acting like professional journalists, have been reduced to acting like morons in front of the cameras because they are putting on open display their own biases (such as in the case of Geraldo Rivera’s clueless and stupid remarks about Martin’s hoodie being “the real culprit”) or because they seem more interested in winning the argument “for their side” rather than carefully investigating the situation (such as in the televised spat between Toure and Morgan on CNN) in an objective manner.

And, of course, let us not forget the opportunists: those parasites who seem to be interested in the entire Martin-Zimmerman case as nothing more than a way to whip people up into a frenzy in an effort to garner ratings, money, and public support. I have seen the undercurrent of this mentality from various radio and television personalities and talking heads and those with a certain political agenda they wish to push at the expense of this tragic series of events. For some, it is about nothing more than money; for others, it is about power.

And that disgusts me to no end. At least two lives are destroyed (Martin because he was killed, and Zimmerman because – even if he is never convicted of a crime – he’ll likely be scarred for life) in this tragedy, and numerous others are negatively affected (I’m thinking of Martin’s and Zimmerman’s families). Yet rather than use this situation as an opportunity to come to a better understanding with our fellow humans regarding the issues that have been brought up by Martin’s death, there are too many of us who would rather stake out our biased position, point the finger of blame at “those other people”, and fling poo like a pack of stupid monkeys. And this does nothing more than serve to divide us as a culture and a society.

It is my profound hope that this blog entry not simply be a rant. I wish it to be a starting point for discussion on these issues; it’s my desire that a wide variety of people with different backgrounds and experiences comment on it, so that we can at least start to hope to understand one another. And if you don’t comment here, at least consider talking to someone you know of a different racial/ethnic background about it. Because it is a discussion we need to have.

So, who will step up first? – Matt Lowry