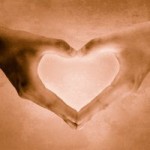 I’m gonna let you guys in on a little secret today: science isn’t cheap. There’s a lot of fundraising that goes on to support the research which leads to the treatments that make life on planet earth longer and better. Unfortunately not everything gets the financial backing that it deserves.

What causes do and don’t get funded? Well, it isn’t always as impartial as you’d hope. Helping men past their prime get it up obviously isn’t a very pressing concern, but the prevalence of 80 year olds with limp dicks and disposable income prompted the creation of Viagra over treatments for say… for Sickle Cell Anemia, which is actually life threatening (unlike erectile dysfunction) but tends to effect minority populations disproportionately.

Despite the fact that good science has to try to be blind to bias in the pursuit of its goals, what science is and isn’t done and which populations benefit accordingly is awfully culturally determined. Privilege plays a large, somewhat indirect role here, and it’s also why some marginalized groups have a problematic relationship with science. There are even those within the Post-Modern movement who have gone so far as to call science a white man’s game.

While I disagree that the epistemology (justifications for knowledge) of science is gendered or racially biased, it’s easy to see how some could reach that conclusion. Science legitimately does know better than local traditions and folk remedies most of the time, but to some Deconstructionists that’s not only a questionable claim but also an attitude that reflects cultural imperialism, aggression, and ethnocentrism. And it’s easy to understand their compassion for marginalized groups and to question the morality of holding scientific ideas over the cherished notions of foreign peoples.

At the same time however, the thought of denying scientific fact in favor of local customs when actual harm is being done is simply not something we can abide. For example, the river Ganges in India is thought to be holy by the Hindu religion and many in the region believe that it has healing properties as a result. In reality, it’s quite literally full of shit. The level of fecal contamination in the Ganges makes sending your sick Grandma into the water for a quick dip more than a little bit problematic. I think we have a responsibility to inform while remaining sensitive to their relatively unprivileged position however, so I’d refrain from describing the Ganges as a “shit-infested cesspool of faux-holiness.”

Such logic extends well beyond scientific topics and into the work of Skepticism. When we interact with true believers, we have a responsibility to be compassionate and considerate as well. We need to realize that our skeptical values are the result of fortunate circumstances, and not everyone has access to the same information and experiences that we do. If you think about it, the phrase “there are no atheists in fox holes” is a damn good argument for Atheism as a privileged position, and serves as another example of the ways in which secularists have moral responsibility to believers. For instance, I’m not going to tell a 90 year old woman on her deathbed that the existence of god is about as statistically likely as Zombie Abe Lincoln rising from the cold, death earth to piss on John Wilkes Boothe’s grave.

The bottom line is, scientific knowledge and thinking come loaded with awesome responsibility. Critical thinking can serve as a weapon to staunchly defend prior notions in the hands of the intellectually disingenuous. It can also be a source of arrogant superiority if you let it. Smart people are good at rationalizing stupid things, and that’s why Skeptics have to be doubly sure that they’re living up to the standard they’ve set for themselves while still being good people.