[caption id=“attachment_961” align=“alignleft” width=“150” caption=“This is what misogynists think of men who support women. (Source: What Men Are Saying About Women)"] 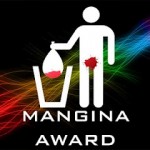 About a month ago, I was asked by an anti-feminist MRA on Twitter why I “believe in feminism”. I glibly replied that I am a feminist because I’m not a horrible person. The thing is, he’s not the only man who seems surprised by men who label themselves as a feminist and who work passionately toward equality for women. Perhaps I ought to explain where I am coming from and why this is important to me. Perhaps that will help other men understand why it should be important to them.

In addition to being a feminist I am a trans, gay, lesbian, and bisexual ally. I am opposed to racism and ableism. I am in favor of economic and social justice. Those of us live today have inherited a world that is globally unfair for billions of people. That has to change. Just because, for the most part, I am not amongst the groups who are discriminated against, oppressed, and punished for being “different” does not mean these are not issues I should care about. My rights are tainted and become privileges when they are denied to others. I want to see, and I am working for, a world where rights and opportunities are equally available to all.

I don’t buy the idea that some amount of injustice is tolerable because “that’s just how the world is.” As a skeptic and an atheist I am already bucking the system, I am challenging the status quo of irrationality and theism. It’s only natural that I should challenge the status quo that oppresses and disenfranchises some people for who they are and how they were born. To say that we skeptics and atheists should only use reason to challenge the way things are when it comes to bigfoot, UFOs, alternative medicine, and “psychic frauds” is a position that lacks empathy for our fellow human being. It lacks humanity.

I don’t buy the argument that we should avoid being “political”. The skeptic and atheist movements are deeply involved in politics. As human beings our lives are political. To say that we should challenge the political machinations of those who deny climate change and evolution or of those who pass laws based on religion, but that we should stay above the fray when it comes to rights for women, the disabled, and sexual and racial minorities is callous, hypocritical, and lacks humanity. To say that those fights – fights against people who use religion, faulty logic, and pseudo-science to make their cases – are “political” or are a “special interest” is wrong. It treats people who are different from us in some way (by being a woman, being trans, being disabled, etc) as less important than we are. It treats them as less than human. The position that climate change is something we can address but women’s access to healthcare is something we cannot is a position that smacks of privilege and sexism. It is based on the privilege of men to ignore the issue and it is sexist because it says that half of humanity can be left to fend for themselves.

Human rights are not a special interest and I am a feminist because I’m not a horrible person.