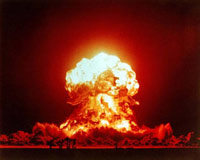 Those of us who argue for diversity are prone to empathy. We not only see that our position is logical and reasonable, but we are passionate about it. We feel about these things very strongly. These issues matter to us very much. It’s why we’re so prone to burnout. We pour are hearts into this and it hurts us when we’re attacked about these things. Since More Than Men started at the beginning of the year I have felt used up and beat up and emotionally exhausted several times, and I don’t even get the worst sort of abuse. The only rape threat I ever received was from someone who didn’t even care enough to notice that I’m a guy.

Sometimes it is really, really hard to tell when a commenter on something we write or say is naively trying to learn more or is a troll. The fact is that there are some horrible people who use a cloak of “just asking questions” to try and get through our emotional armor and muddy the water at the same time. “Just asking questions” gives them a plausible deniability, tricks us into engaging longer than we should, and helps them get their logical fallacies out into the world for more innocent people to encounter. These trolls are smart. They know what sorts of questions people who haven’t really looked at the issues as closely as we have might ask while they’re trying to form an opinion. They ask those questions, they twist those questions. They shift goal-posts. They start building straw men. All in the name of “just asking questions.”

Some people are natural allies of our cause, but haven’t really thought over the ideas and issues we’re talking about. Those people often try to learn more by really just asking questions. Sometimes to a tired, emotionally upset advocate like myself it is almost impossible to tell these good people from the trolls who are trying to bait us. Sometimes I’ve been so upset by what the last shitbag did, so fucking exhausted mentally and emotionally, that rather than take the time to try and see who this person is I opt for the easier no-prisoners approach. I say “Fuck it, I don’t have time or energy to dance with a troll” and I give them both barrels. I did that on at least one occasion where I turned out to be wrong. I went off without hesitation on someone I thought was a troll. I was wrong in my guess and I was wrong to do so. That person later ended up writing a couple of well-received posts for More Than Men. He did that not because I was doing my job as an advocate and educator, he did that because he’s a good person who kept thinking about things despite the fact that I treated him poorly.

Sometimes, too, when people are taking their first steps out into the world on our side they slip up. I have seen well-meaning friends dismiss sexists as “whiny bitches” and very recently I have seen someone I don’t know try and show support for Ophelia Benson, get caught up in their emotions, and say some really troubling things that basically amounted to victim blaming. That person was piled up on by other commenters. They weren’t at all nice, but they made their case, and that person acknowledged they fucked up. Their mea culpa wasn’t perfect, but it was a start and showed a willingness to listen and revise opinions. The anger continued after that, though.

I understand that anger. I feel it myself. I’m angry about a lot of injustices a lot of the time. Sometimes I let that anger compromise my behavior. I do stupid things and I hurt what I’m trying to do by acting like a jerk. I don’t want to be a jerk. I want to change the world, and that means I need to be patient even when it’s hard. The other side in this fight often accuses us of being bullies. We sneer and point out that we’re not the ones hurling threats of rape and death. That’s right, we aren’t, but that doesn’t mean that we don’t cause some collateral damage to our nascent allies and our cause when we’re angry and enthusiastic. I’m as guilty of all of this as anyone is. The tactics of the backlash coalition are mean-spirited, bullying, brutal, and deplorable. I want to be the complete opposite of that. In my passion I have fallen short of my ideal.

There are times, situations, and people where we need to go into the fight shooting lasers from our eyes and lopping off rhetorical heads. There are also a lot of times when we need to take a step back, take a breath, and not shoot ourselves and our movement in the foot. I’ve done enough damage to our side. I want to be better than that.