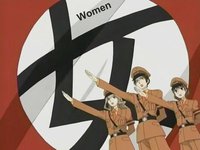 Their main argument, as far as I can tell in between the derailing, namecalling, Godwinning, and other extreme ridiculousness is that it’s unnecessary and punitive to have a freedom-crippling set of rules governing how people treat each other. They seem to be saying that decent people are decent and most people are decent and anyway those online rape threats are just weirdos who never go anywhere and anyway they never saw anyone being sexually harassed at a conference. I think that’s how it goes.

On those grounds I suggest we get rid of the establishment clause of the first amendment of the US Constitution:

Congress shall make no law respecting an establishment of religion, or prohibiting the free exercise thereof.

I don’t know about you but I am a good person. If I were elected to Congress at the state or federal level I would never abridge someone’s rights to practice or not practice any and all religions. That’s just common decency. Why do we even need this stupid rule telling people how to behave?? Is this even a serious problem? I’ve never personally seen a legislator try and violate anyone’s freedom of religion. I mean, sure you sometimes see people on TV and the Internet saying something stupid but we’re talking about real life. Those people don’t go to the Capitol. And anyway, those times when they say someone tried to pass a law that violated someone’s right to religious liberty is all just hearsay. I wasn’t there and neither were you so how do we even know it even happened?

This is just typical bullying, totalitarian behavior. We’re all reasonable adults and we don’t need people making needless rules for problems that don’t even exist. To even make that rule is offensive because it’s like you’re saying we’re all horrible theocrats who want to take away people’s freedom. how dare you slander me like that!