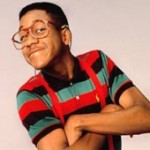 We all know about this latest Daniel Tosh thing. As Lindy West explains, you can make a rape joke if you’re doing comedy right. This got me thinking of what passes for “comedy” with most skeptics and atheists. It’s shit. Horrible, horrible shit. First you have the “science comedians” or “atheist comedians” who have tepid, hacky jokes pandering the the interests and opinions of skeptics and atheists. Here’s a made up example:

“Well I’ll be a monkey’s uncle! Well, actually more like a monkey’s cousin because while we share a common ancestor it wasn’t recent enough to classify as an avuncular relationship…unlike stupid Christians think we believe!”

I think you have all seen or heard or read gags of this caliber. They’re pretty dreadful, right? Why on earth do we keep booking them at our conferences again?

Then you get the juvenile comedy. Now, I like schoolyard jokes - in moderation. But the thing is I’m a person who likes to think. I like jokes that challenge me and make me think around corners. If your body of work is almost entirely based around “Wouldn’t it be hilarious if [thing or person that irritates skeptics and/or atheists] got kicked in the nuts?!?!" then you’re a hack and you’re not funny. At the very least you can’t keep making the same joke over and over again and expect me to think you’re talented or skilled at comedy. I’m well known for making dick jokes, but I make different dick jokes as often as possible and try to make them clever. Skeptics: stop going for low-hanging fruit. (See what I did there? Ha! Fruit = nuts = testicles for kicking! I hate myself for that.)

Then you have the angry, miserable bullies. Last night Jason Thibeault tipped us to TAM speaker Doug “Show us where babies feed!” Stanhope describing TAM as a gathering for bitter, miserable people who like jokes about rape, and there are the guys (they almost all seem to be guys) who are doing their damnedest to prove Stanhope right. Take a look (if you don’t mind being miserable for a while) at the @AngrySkepchick feed on Twitter as an example. The impotent rage is palpable. It’s just angry bullying with attempts at “comedy” based upon sexist stereotypes of “feminazis” rather than a sarcastic or parodic twist on any of the actual people the person or persons running the account are obviously so upset about. It’s just a stream of unfunny bile that doesn’t ask anyone to think, it just invites you to be equally frustrated and angry. That’s not comedy. That’s a temper tantrum.

A perfect storm of the Dunning-Kruger effect, stunted senses of humor, and flailing rage using humor as a cloak have created what almost looks like a wasteland of unfunniness in our communities. Luckily this Friday I can point you to some actually funny skeptics and atheists. You’re welcome. (Links go to Twitter, if you can’t find their other stuff from there, that’s their fault.)