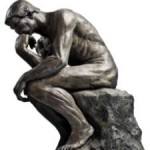 When Elevatorgate blew up, I didn’t get it. It wasn’t that I was firmly in the camp of sexism deniers, but I argued a lot of irrelevent, tangential ideas and failed to understand the central objection that was being raised. I orbited around the issue for a long time before things really started to click into place, and even now I know I have some hard, mental work left to do.

What’s important however, is that my views on priviliege have evolved. I’ve managed to take concepts that were alien to me, recontextualize them in my own understanding, and accept them as legitimate critiques of the subcultures I belong to. This took no great genius on my part, I owe my progress to people who were willing to explain things to me and debate the points I disagreed with them on. I know I’ve sometimes been exhausting to have these discussions with, but I’m incredibly grateful and humbled that people bothered to change my mind.

It wasn’t always easy on my end either. It can be difficult to sort through the mixed messages that I was receiving and disassemble them to find what people were really intending to say. The human brain excells at erecting strawmen in defense of cherished notions. The hardest part of all was remaining open-minded to people who sometimes upset me and learning to let go of ideas that once seemed so right to me.

And although it wasn’t a painless process, I’m happier with where I am today. When I see opinions that used to make me feel defensive or upset and I can proudly agree with them instead, I feel a deep satisfaction that I cannot commit to words. It’s the kind of satisfaction that only a true skeptic knows.

I’d like to thank everybody who argues with people like me about these things. It can seem thankless, pointless, and exhausting, but the kind of progress you’re making is often invisible.

Sometimes it’s harder to let people know that you’re starting to doubt than to actually doubt; pride’s a [non-gendered insult].