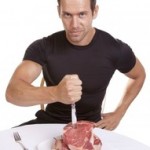 Because of my name and the poor reading comprehension of most misogynists I’ve gotten one rape threat while writing about feminism. That’s nothing compared to what women get. The way society tries to silence women is appalling and well documented. It really turns the stomach of anyone with a trace of humanity. Society has other, gentler, ways of silencing and dismissing feminist men, though. I want to talk about those today, not to climb on a cross or to equate what male feminists like me experience to what women encounter, but to show men that they’re not alone when these things get hurled at them. I want other men to know they’re not alone and that they don’t have to be silent or feign neutrality about equality just because society wants them to.

I’ve been told I only ape a feminist position because I’m desperate for sex. I’ve been asked if I sit down to pee. I’ve had people talk about my castration and ask if I miss my balls. I’ve been told I’m secretly gay (really??). I’ve been dismissed as a spineless wimp under the thumb of my wife/girlfriend/some other women. I’ve lost friends, male and female, for being an “extremist” and not giving guys a chance to “let it out”. The basic narrative is that I’m not a “real man” (castration, gay, sitting down to pee) who is fat and ugly and willing to do anything they say to try and get sex from women (the rest of it).

All of this is tied up in a misogynist and misandrist adversarial and transactional model of heterosexual relations. The idea is that:

Which all adds up to “There is no reason any real manly man would ever agree with women so you’re obviously cowering under their skirts because you’re too pathetic to fuck but you hope they will give you a sympathy BJ for being a good pet. Also you’re gay and have no dick.” (It’s handy how misogyny and homophobia are such good friends. It lets you hate people for two reasons at once!)

This is all pretty mild compared to what women experience, but straight men are trained from birth to defend and protect their public image as a manly straight man. This sort of shaming language was something I had to learn to not care about in order to make a difference in the world. I spent a lot of years thinking the things I say now, but almost never giving them voice because I was worried about losing status amongst my peers. Because of this I know there are men out there, hopefully reading this, who are on our side but aren’t saying anything because of this shaming. I’d like to change that.

First, I want you to know that you are not alone. All feminist men have had to and still do deal with this. Secondly, I want to make it clear that the only people who will think less of you as a man and as a person for standing up for women are horrible people that you’re better off not having in your life. I have lost friends because of this, but I have come to realize that I’m better off without them weighing me down and policing my masculinity. In every single case I also realized that they were shitty friends in almost every other way, too.

Finally, and perhaps most importantly, this rigid and ridiculous model of hetero-normative cis-masculinity is exactly why feminism matters for men. Every man is “impure” according to these fantastical ideals. We’re no less manly for that, but we’re a lot more awesome. Coming out about who you really are makes you more interesting as a person – and as a man.

Take it from me. I’m a feminist who recently initiated a divorce from his wife. I’m big and burly and hairy and I sit down to pee because I hate pissing on the floor. I used to punch people for a living as a bouncer and I made sure to test that I’m straight by fooling around with dudes. Who the fuck cares what someone thinks about my masculinity or my straightness? Come out and be counted and be interesting.