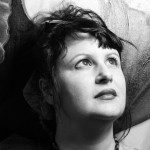 As if creating the beloved and beautiful Surly-Ramics jewelry that has become one of the main social signifiers of the skeptic, atheist, nerd, and smartypants sets weren’t enough, Amy Davis Roth keeps bringing the awesome with her writing on Skepchick and at Mad Art Lab, plus her frequent appearances as a speaker and panelist. Then she goes and raises money to send women to the largest skeptic event on the planet as well as helping cure cancer. You’d think that would be enough to be fully qualified as a badass, but then she goes and does even more.

As I wrote about before Amy’s gone and contacted male leaders within the skeptic and atheist communities to ask if they would like to speak out against the hate being directed at women by the cadre of angry, bitter sexists within our communities. The response she’s gotten has been overwhelming, and I wanted to collect links to all of the statements she has so far to make sure people can see them.

And if that’s not enough, did you know that while bibles have been rumored to do so, her jewelry actually survives house fires.