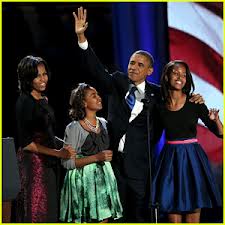 Last night the Republican party was able to share with us all an important lesson: In the modern world alienating women, people with disabilities, and racial & sexual minorities is a losing proposition. Even Republicans are admitting that this is not our parents’ America.

The Republican Rape Squad of Mourdock and Akin were resoundingly defeated, despite running in fairly conservative districts. Marriage equality won big. Women in elected office are now at historic highs in the face of sexist antagonism and antipathy from the Republican party. Barack Obama was elected to a second term despite a concerted campaign of lies against him, a disadvantage due to his race, and failing to give everyone unicorns during his first term.

Some people give credit for these victories to good campaigning. They should. People worked hard and should get credit. Some people say that if only the Republicans were less tone-deaf on immigration they would have won the Latino vote, but that ignores the fact that Latinos are more progressive than they get credit for and that half of them are actually Latinas.

The simple fact is that you can have your token minorities saying they think you’re great and you can have your chill girls saying chicks don’t care if you treat them like adult humans, but people don’t buy it. Your outliers aren’t a change in course or evidence that these people don’t matter, they’re props to hide your antipathy toward women, people of color, transgender people, people with disabilities, gays, lesbians and bisexuals. No one really buys it.