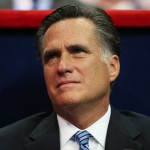 I’ve written before about San Francisco’s wife-beating sheriff and his fight to stay in office despite being on probation and, you know, not exactly being someone I would trust to have the best interests of domestic violence victims at heart. Well, it turns out that 4 of the city supervisors thing it’s super cool to have an admitted domestic abuser serving as the city’s top law enforcement official…while on probation.

I’m not the only one who thinks that is a bunch of bullshit. As you would expect, advocates for victims of domestic violence were furious. They mobilized, raised money, and ran campaign to persuade voters to not re-elect Christina Olague, one of the now-infamous Mirkarimi Four who was up for re-election in November. They were successful. Turns out standing up for a domestic abuser isn’t super popular with San Francisco voters. Yesterday Olague lashed out as domestic violence victims and their allies, saying we was “bullied” out of office. She also seems to imply that Latinas and other women of color would agree with her that the top cop in San Francisco being an unrepentant domestic abuser isn’t a huge deal and that the domestic violence victims and their allies who worked against her re-election are racist. That’s probably why they were so happy that an African American woman who isn’t askeen on domestic assault was elected in her place. Meanwhile two of the remaining Mirkarimi Four are apparently trying to block the appointment of a domestic violence survivor to a city office because they are mad that she spoke out against our sheriff’s propensity for using violence to keep his wife in line.

Apparently in America everywhere - and not just in skeptic, atheist, gamer, and geek online communities of men-who-fear-women - free speech and democratic principles are sacred – unless you’re disagreeing with a violent, sexist brute. Disagreeing with them makes you a bully.