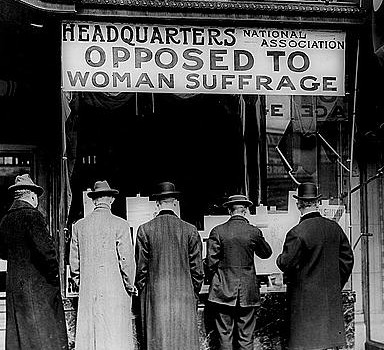 I thought that I had written all that needed to be said about the decietful, misogynist, forced-birth advocating, so called “secular pro life” movement two years ago. I didn’t realize then that the current mostly-male “leadership” of the secular movement was composed almost entirely of misogynists, abusers, liars, and morally-bankrupt cowards. Those who are not anti-woman seem to be so obsessed with courting “allies” that they have no problems throwing women under the bus to advance their petty agendas.

You can see the recent Secular Woman statement for a summary of the recent behavior of two alleged “allies” and apparently actual morally-bankrupt cowards, David Silverman and Hemant Mehta, regarding this sickening branch of misogynist atheism. I agree with Secular Woman completely, and I will go further and say that any one who considers such sexists as “allies” or who considers their views worthy of attention is not an ally of mine. I would rather break bread and ally myself with a theist who supports women and a secular government than I would shake hands with a reactionary bigot (or anyone who would ally themselves with them for any cause) who happens to be and atheist.

Anyone who believes that the (very real) problems faced by atheists in this country is the foremost issue of the day is either a fool, an asshole, or so completely ignorant of the world and its ways that they’re useless as an ally. Racism, economic inequality, sexism, transphobia, homophobia, and ableism ruin lives and kill people in our own country. We don’t need to cast our colonialist gaze to distant lands full of brown people and their “scary” religions in order to find people suffering more than we are. Those problems are vastly more important than a cross or a Star of David on government property.

By all means, fight like the devil against religious privilege and religious bigotry. But also benefit your fellow humans who are not necessarily atheists - yet. You are not only maximizing the good acts in the world, but you are setting an example that yelling on Fox News will never provide. You know what else? By working to improve all of our society you are making life better and more secure for people who may be questioning or who only hold on to their faith because they depend on the very real support structure it provides them in order to survive.

I can assure you that there are many times more atheists and potential atheists who care about social issues or who will be helped and freed from their faith with improvements in those social problems. If I wanted to grow a movement? That’s where I would recruit. That’s where I would put my energy. Not only is it good for the future of atheism but it’s good for my peace of mind and sense of morality.

Maybe I’m wrong. Maybe the best thing to do for the atheist movement is to ally myself with medieval-thinkers who want to strip women of their bodily autonomy. Maybe they’re right and the future of the atheism really is with the angry white, entitled libertarian-types who resent uppity women and brown people and people who need wheelchair ramps and people whose sexuality and gender identity makes them feel icky. Maybe those guys and their wallets is where you want to put your energy.

Or maybe not. Some of them organized a worldwide march on Saturday. Ten people showed up.

Hemant Mehta has contacted Secular Woman saying there was a misunderstanding on his part about what was being requested. You can read his statement here.