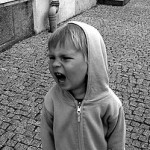 Like many people I was raised in a milieu with more than the usual amount of sexism and racism. I often say “I got better”, but the truth is, I’m getting better. I strive to learn more every day. To be empathic and listen to the experiences of people who are different with me. I work to be a better, more accepting and less horrible person. I’m an able-bodied, cisgendered, straight, white man. I may be poor and fat, but I have a lot of privilege. I have the privilege given to me by society to be blind to the casual racism, sexism, ableism, and homophobia all around us.

I try hard to notice when I might be hurting people without realizing it. Now, I’m not talking about noticing when I do something as egregious as telling a gay man that I don’t trust him around kids or grabbing a woman’s breasts without her permission. I’m talking about the subtle things we all do without realizing it. Ther psychiatrist Chester M. Pierce coined the word microaggression for “brief and commonplace daily verbal, behavioral, or environmental indignities, whether intentional or unintentional, that communicate hostile, derogatory, or negative racial slights and insults toward people of other races.” The word is a useful one, and though coined in the context of racism, it applies to all groups that lack the privilege of another. (A quick visit to the Microaggressions Tumblr shows the breadth of the phenomenon.) I’ve been, and doubtless continue to be, an unintentional perpetrator of microagression. This is one reason I wrote before about why racial- and gender-tinged language is important to understand - and avoid.

Here’s a couple personal examples, so you can see that I’m not talking about this from an ivory tower:

Once I was talking to a black friend of mine and I described the laundromat in my neighborhood as “ghetto.” She called me on it. I was embarrassed and upset. My first instinct was to defend myself. To make it clear that I didn’t mean it in a racist way, that I had grown up poor and in “the ghetto” and that I was, at that time living in “the ghetto.” I was using the word in a way that I would have sworn was inoffensive. I started to defend myself, but then I realized that it didn’t really matter what my intent was. She was right, I had used a racially charged term in a negative way. I was perpetuating a racist and classist system without even realizing it. And I was making my friend uncomfortable. Since then I’ve tried to think a lot about the words I use and what they imply, and I find I have more friends since I’ve started that.

I have a close friend who is disabled. She uses a wheelchair to get around every day. I told her one day that it had occurred to me that the habit of people from my generation for using “lame” to refer to something unpleasant, disappointing, or disagreeable was ableist (because really, someone’s ability to walk easily has nothing to do with how the word has come to be used) and was attempting to remove that usage from my vocabulary. She told me that she was glad I’d decided to do that because she had noticed me using it that way a lot and it made her uncomfortable but she’d never said anything because she knew I wasn’t an asshole, but also because it’s hard to be That Person who reminds well-meaning people that they are accidentally being hurtful. Sometimes it seems easier to suffer in silence than risk losing a friend who is otherwise nice, I guess.

The lessons I guess I’m trying to share here are these: