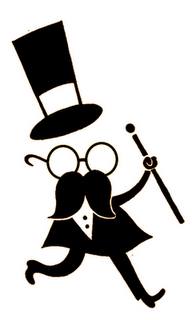 “Just read your guide to not being a misogynist. I’m very interested in your views on privilege from here in England. It’s interesting to see how hot you are at proclaiming white, male, heterosexual males to be privileged.

“I agree to a certain extent, but domestically I feel that class, socio-economic, health and educational attainment are just as important. Therefore, in your mind I’m possibly one of those males who you may consider ‘just don’t get it’.

“That said, I’m not the sort of person who would get in a lift alone with anyone - male or female - in the early hours! I compliment both males and females about their appearance and even smell. I’m also one for non-gender swearing although should I blurt something out I use equal opportunity cussing to rectify the situation ;-)

“I should also mention that I do not believe in democracy in the common use of the term. I am a far left libertarian socialist. I guess you’d call me an anarcho-communist. I believe very strongly that it is capitalism that creates many - but not all - instances of social hardship and prejudice.

“I come from a working class background (my mother was a low level civil servant, my dad a mechanic; her parents were cleaners and oil refinery worker respectively whilst his were better off: a school vice-principal and a mid level civil servant employed at the UK equivalent of the NSA). I live in social housing, am currently claiming welfare (An income of £288 per week for a couple with two dependent children is the approximate cut off line defining ‘poverty’ - we usually fall below that) as I cannot get enough working hours. Also, I am digging my way out of a major depressive episode and have days when I am completely unable to work and function properly. Therefore, I find myself in a less privileged position than many other people in English society. I also look around at some of the other people in my neighbourhood and the white males here are not necessarily privileged by any stretch of the imagination. I appreciate they are not representative of wider Britain, but they tend to be drawn from the one fifth of the population who fall below the poverty line. These are the people I see week after week queueing at the state employment bureau offices and sometimes spoken to like dirt by the staff.

“Don’t get me wrong as I appreciate what you’re doing. I’m just interested in your views on how class and other factors may affect privilege."

As you point out, the word privilege can refer to race and class. Like yourself I am of humble origins. I grew up very, very poor and have spent my adult life so far breaking free of the habits and lack of certain skills that left me with. I still don’t make as much money as most of my friends. Like you I have struggled with depression. The last 12 months have been particularly bad ones for me. So yes, you are correct, you and I have less privilege in some ways than other people in society. In terms of class, economics, and mental health we are disadvantages as compared to many people who have it better than we do.

But we do have other privilege that many people do not share.

There are many gay, female, black, disabled people who have things I do not. But no one ever calls me what I am and means it as an insult. Consider slurs like “faggot”, “nigger”, “cripple”, or “cunt”. Those all say “Your identity is worthy of contempt.” As a straight, white man I am subject to insults that attempt to compare me to those other groups. I grew up poor and have some tastes based in that so I am “ghetto” (i.e., I’m black). I talk freely about my emotions and admit weakness so I’m a “pussy” or a “fag”.

I agree that economic justice is very important, but I also acknowledge that those social privilege is also a huge problem, and one that transcends economic inequality. A gay man, no matter how wealthy, is subject to more scrutiny and judgement than I am. Same for a wealthy woman, same for a wealthy black person.

I guess what I’m trying to say is: “Yes, I understand that there are other forces at work in the world that mean straight, white men are hurt and sometimes disadvantaged compared to other people.” The thing is, if you give a poor woman a million dollars, she’s still “just a bitch” in the eyes of many, many men (and even a lot of women).

Editorial Note: This post was written in 2012 and deliberately included unaltered slurs. This usage is inappropriate, and the post would be written differently if it was being created today.