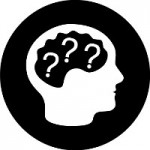 In Wednesday’s post I implied that a lot of people think that combating sexism, homophobia, transphobia, racism, and ableism are too political and are not really something that skeptics should be worried about. Obviously I disagree but there are well known skeptic speakers who definitely think that those are not a part of “scientific skepticism” and we should instead only talk about ghost lights, psychics, and how stupid Catholics are. The idea seems to be that there was a “skeptical canon” established some time in the mid-20th century and that if we apply skepticism outside that we’re doing skepticism wrong or are “being political” and not rational. On the other hand, lots of skeptics I know think that, for example, cryptozoology is kind of silly and is a waste of time.

What topics make up this theoretical “skeptical canon”? What topics do skeptics spend a lot of uncontroversial (within skepticism) time on that you think are a big waste of time?