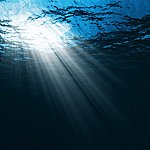 Saladin Ahmed is a Muslim, Arab-American fantasy writer. (If you enjoy fantastic fiction, I recommend his novel [Throne of the Crescent Moon[(https://www.amazon.com/Throne-Crescent-Moon-Kingdoms/dp/0756407117/ref=ntt_at_ep_dpt_1)].) As you’d expect he’s experienced some racism and religious bigotry directed at he and his family, especially since 2001. Last August he was asked if that hate was something he had experienced in the publishing trade, to which he replied:

In the past I’ve tried, in my own crude way, to make the point that we skeptics and atheists are a part of the world. We’re not magically immune to social attitudes. Our society is racist, it is sexist, it is homophobic, it is transphobic, it is ableist. All of us, even people who are members of an oppressed group face a barrage of unfiltered hate. This prejudice is so pervasive - is presented so confidently as just common sense - that we have to work to question it. I don’t know about you, but I am human. My brain is not optimized for perfect rationality 24/7. Things slip through, especially when I was a child and I was learning, especially when I think I’m not learning. As a skeptic we all have moments where we realized that something we believe is not factually true. How did we come to believe that thing? Someone taught us. Maybe it was a person, maybe it was just something we absorbed unconsciously as “common sense.”

Declaring that you are a skeptic or that you are an atheist doesn’t make you immune to society’s influence. Whether you believe that society is racist, homophobic, or misogynist because of religion or if you take my view and believe that religion is racist, homophobic, and misogynist __because society is all of those things, you are still swimming in the ocean of human culture. It’s wet here and we need to remember that when we’re making decisions and drawing conclusions about other people.